Welcome to my little shop on this grand platform. My name is Desiree and I am your undercover Mistres...

Today He brought in a new girl.  It has been many months since He has attempted this.  The last young one ran away from us.  They say they can handle His needs, our needs as the family- in the end they run away in the middle of the night.  No pride.  No respect.  I could never.  Which is why He has me as His first girl.  And I love this role.  This means when new ones do arrive, I get to test them.  I get to push and spread them to their limits.

The new one today is a strong one.  Not so young.  She does not look older than Him, but I imagine she is.  Her hips are wide with proof of child bearing, her breasts sag- babies have suckled their nurishment from her.  Her golden strands of hair nearly touched the crack of her thick ass cheeks.  That's not surprising, He enjoys His girls with hair He can grip and man-handle.  Though they droop some, the tits on her are amazing.  A gentle handle full; I will enjoy massaging her with Him.  I knew I would get the chance.  He always calls for me immediately, and we test her together.

I waited, seated perfectly in my position.  He noticed I was watching- He caught my eyes with His.  I immediately cast mine down, red cheeked and ashamed.

I know better.  - mentally chastising myself, ashamed.  I knew immediately what my punishment would be.  I had forgotten my place.  I am top girl.  But I am still His, and no better.

Up until that point, the place between my thighs was starting to tingle.  The anticipation that we had a new one to break in was too much for my sweet pussy.  My creamy juice had started pooling on my kneeling cushion.  I waited.  He would release me to bed before He began His trainings of her.  The butlers were sent to gather the evening meal.  They swiftly moved past me to fetch the platters.

I waited.  He must be planning to send me out when the meal arrives.

The butlers returned.  In they went, carrying trays of meats killed from His hunt.  The roasted vegetables His cooks prepared came from His farm lands.  The bounty of His wealth was evident everywhere.  I am so grateful to be His.  So I waited.

His young, jovial laugh filled the halls.  He was enjoying the happenings on that I was not prevy too.  I sat on my cushion for many hours.  The sun had set, and all the help was dismissed for the night.  Finally, He emerged from the chamber and sauntered towards my cushion, where I still sat, perfectly poised AND eyes lowered.  He bent and lowered His face closer to mine.

"Have you learned, pet?  Will you forget your duties again?" His mouth was so close to my ear, the heat of His words seared my insides.

"Yes.  Yes, the lesson will not be forgotten again, Master.  Harem eyes are never to meet Yours, Master.

His lips brushed my ear lobe in a soft kiss.  "You will stay here now.  You will know when You can leave."  His hand patted the top of my head gently and I watched as He went back to His chambers, though the door did not close.

He did not close the door, and I could see everything.  He already had her steipped of her market clothes.  She had been bathed, i could see the full tub in the corner.  There, in the middle of His bed, she sat, perfectl posed.

I was impressed.  The candlelight filling the space made her hair glow as if it were gold.  She looked like a Venus sculpture.  Perfeclty beautiful, simply as nature created her.

He emerged from by the tub, wet and naked.  His muscles glisten with droplets reflecting the glow.  His shoulders broad and strong.  He is young for His role, but has proven to be feirce in competition.  His riches and lands compare to know one in our land.  Feirce and deadly in the arenas of life, but in His chambers there is no fear.

I could see her unmoved as He approached her.  She did not shrink or pull away when He faced her, exposing His thick cock to her for the first time.  I gasped for her, remembering my first time in His chambers.  She did not show any reacrion.

He picked up her hand from where it rested atop her knee and moved her to the floor.  This would be when I would physically asses her.  Is that why He left me there?  Was I going to get to join?  I knew better, but as I watched, I couldnt help but hope because simply watching was causing the nub between my legs ache and  flinch.  I could feel the small spot becoming a larger one under me.  I wanted so badly to be soothed by His touches.

He did not sprawl her on the thick animal skin rug though.  He was not going to inspect her.

What??  I did not understand.  That was protocol, that was what He recquired of His bought girls.  Why was He having her kneel on the bare wood planks of flooring?  This confused me greatly.  He had her kneel again but not fully.  Her head was perfectly placed to take His swollen cock between her apple red lips.

He pressed the tip against her bottom lip and she reacted immediately.  Her mouth opened and she waited.  He stood there.  He waited.

"Desiree.  Take her to the chambers."

My body responded because of habit.  My brain was lost.  We break them in.  He brands uswith His firm rod, and takes us in every way so that we always remember His love and our duties.

We were shuffling to the lower chambers before my mind caught up to my actions.  I had her settled in with the other lower rankings, gave her the things He allowed us and went back up to where my private chamber was. 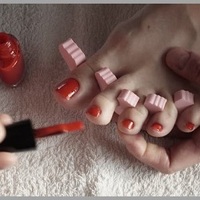 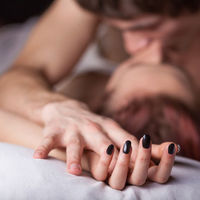 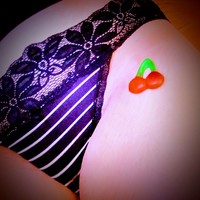 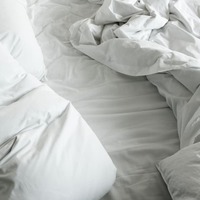