A lesbian couple reclaim each other

She tried to stare into the middle distance, but her eyes persisted in drawing to the woman in front of her. She couldn’t stay mad for long, and she knew it too. God damn it, her breasts swelled in that dress perfectly, enticing, like beacons… like two pert melons sitting just under her eyes, which is where she should be looking, she supposed but still... She spoke for the first time in half an hour and broke her wandering thoughts.

‘Nice. I’m still up here! Do you want to go and have some fun tonight, or do you want to sit here and be sullen?’ She drained the last of her beer and slammed the bottle down on the bar.

‘Is that a rhetorical question?’

‘Take it as you wish, but I haven’t dressed like this for nothing’

There was a time when she dressed like that for her. When her eyes would widen and her chin would tuck to her chest, coy and embarrassed when she complimented her. She would flush and tell her to stop it, and she would grab her ass and pull her in; turned on by her school girl shyness. Now she required a little bit more than her to get her off, and she wasn’t sure whether she liked it or not. Whether she liked it too much, or not. Whether she preferred it or not. She didn’t know what either of them wanted any more. But one thing was for certain, she still wanted her wife and she was done with competing. So yes, she wanted to go and have some fun – but tonight act one was changing. She was going to show her why they didn’t need anyone else in their relationship any more.

She grabbed her bag and followed her wife out of the bar into the night. She caught up with her trying to flag down a cab in the rain. She tiptoed with one hand in the air “over here, for fucks sake” and she smiled despite herself at this image of her. 5’6” in 4-inch heels, stubborn and relentless.

‘you know what you want but you never quite know how to get it do you?’

‘and I suppose you’re the one to tell me how to get it are you?’

‘well… now you mention it’

She relished the moment, the lingering look, the smothered desire she knew was still there. She pushed her up against a lamp post, for in that second only she existed and she was claiming her back. She ignored whatever it was that she was trying to say as she hooked one finger into the waist band of her ripped jeans and yanked them down to reveal the top of her lace thong. She pulled the thong up, knowing it was being forced deep into her pussy. Imagining the thong dripping wet around her ankles.

‘here? Fuck off Cassie, people will see us’

She pulled away and held her gaze, ducked in for another taste of her lips until she tilted her chin to receive her mouth, then she moved back leaving her lips open, ready. She grabs her wrists in both hands and brings the together behind her back. Teasing her all the time with the kiss. She runs her tongue from her cleavage up under her chin to her lips, biting the plumpness of her bottom lip and rolling it between her teeth.

Removing one hand whilst still keeping both wrists together with the other she pops open the top button on the tight jeans. Her wife’s mouth opens as she gasps, she notices rain falling into her open mouth.

She doesn’t wait for a reply as she plunges her hands into the front of her jeans, feeling her clit harden as it rushes past the lace of the thong. She’s short of room and she has to manipulate her hand to follow the warmth she can feel between her legs. She walks her wife backwards into an alley way and her luck is in as every step ensures the jeans inch down a little bit further.

She uses the lace to manipulate her clit, wrapping it around her fingers as they become damp. Rotating it around the edges of the clit she gathers eye contact and holds her eyes, full of desire and wanting… ‘I want you now’ she repeats, and a thrill rushes up her thighs as her wife parts her legs to allow her hand to dip between them, right where it should be. She curls two fingers and enters them into the depths of her pussy and she feels it hot, wet and creamy, coating her fingers until they feel like part of her. She follows the vibrations of her clit and her pussy and they move together. She pulls them out and can’t resist tasting them. She licks her wife’s juice off her two fingers slowly – my god she tastes good… She enters her again. They both gasp this time.  She may as well be fucking herself the connection is so strong. With every plunge she feels it in her own pussy. Dripping down into the palm of her hand, she can smell her juices coming up strong just the way she likes them – the smell changes to the rich scent of sex and it makes her so hot. She forces herself into her wife harder, and longer.

She detects a slight vibration in her thighs.

‘Cassie!’ she moans. Hearing her name sends a bolt of lightening to her own clit and she eagerly pushes her crotch onto her wife’s knee as they continue to move together. She bites her own lip; she will NOT come first… but she doesn’t have to restrain any longer as a stream of juice forces into her hand and she feels her wife’s pussy tighten around her fingers. A long moan comes from her wife’s throat and her legs give way underneath her, forcing her to take her weight and pushing her fingers into her even deeper as she comes long, hard and tight around her fingers.

She lets go and shudders with ecstasy as her own clit explodes against the satin of her panties and soaks them until she knows it will be visible through her own jeans.

Her wife throws her head back and giggles carelessly.

‘Where the hell did that come from’

‘It never left me’ she jokes. ‘you still want to go and have some fun?’ 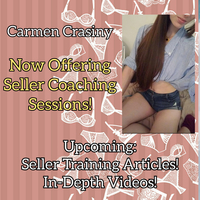 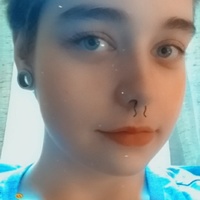 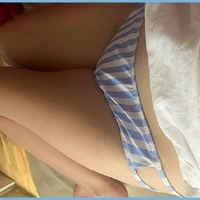